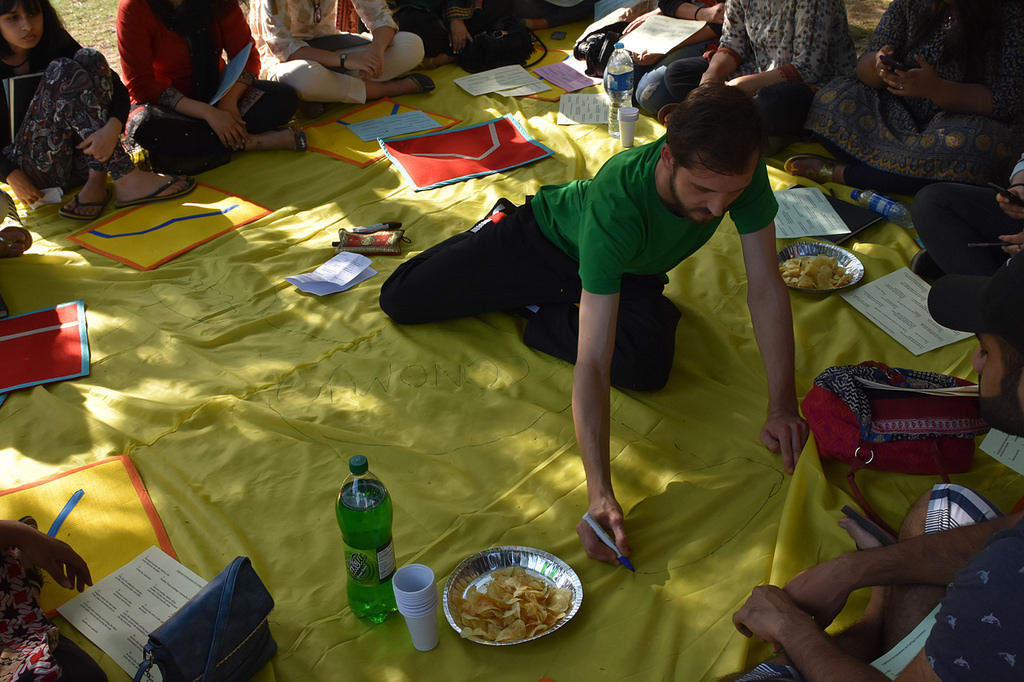 With his the ongoing project Economy as Intimacy, Eric Peter researches how we can read economical trade as intimite transactions. Poetry is key, for it can make the relationships between people tangible, audible and visible in a very refined and personal way. At the same time, the exchange of words can be connected to financial transactions – both of goods and currencies. Poetry is an economy in which certain words have more value over others, in which financial histories become visible (as well as audible or tangible), in which a different way of looking at economy is proposed.

Eric Peter (b. 1989) is an artist living and working in The Hague, The Netherlands. The common thread to his performance-based practice is a deconstruction of the normative in history making as well as cultural and social norms. Projects can entail installations, discussions, gatherings, workshops, performances, drawings, video or text works with an emphasis on the exchanging, sharing and mediating of different thoughts or opinions. The context of those other voices or narratives within his very personal works, allows for alternatives to our (collective) reality. A reality beyond the pattern of expectations, biases and stigmas made evident through investigative and often collaborative projects. He holds a BFA in Interdisciplinary Attitudes from the Royal Academy of Art in The Hague and currently pursues an MFA in Art Praxis at the Dutch Art Institute (DAI). Recent presentations include: ‘Assemblages of Intimacy’, A Tale of a Tub, Rotterdam, The Netherlands, group (2018); ‘Witness’, Karachi Biennale 2017, Karachi, Pakistan, group (2017); ‘Prospects & Concepts’, Art Rotterdam, Rotterdam, The Netherlands, group (2017); ‘Ondertussen’, Stroom, The Hague, The Netherlands, solo (2016); ‘Everybody’s Perfect’, Spoutnik, Geneva, Switzerland, group (2016); ‘Conversation Piece’, 1646, The Hague, The Netherlands, duo (2016); ‘Shifting Spaces’, W139, Amsterdam, The Netherlands, group (2016); ‘Conversations on the Near Future’, 98B, Manila, The Philippines, solo (2015); ‘Between Thinking, Seeing, Saying and Nothing’, IVS Gallery, Karachi, Pakistan, group (2015)