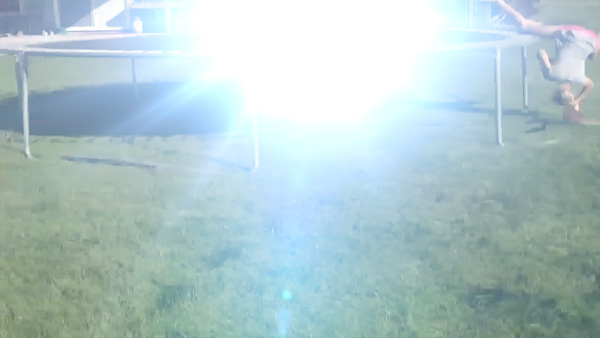 During the triennial, Timmy van Zoelen presents a new multimedia installation in which moving image, sound and objects constellate to provide a domestic twist to the Notariskoepel. The title of this piece refers to the physical game in which the players pretend that the floor is lava and climb on surrounding objects like furniture to bring themselves to safety.

Timmy van Zoelen (1982, IJsselstein) produces relatively directly from what he consumes. Within his practice of appropriating and repurposing found imagery and writings, he contemplatively researches the aesthetics of free-market capitalism and the evolving complications regarding material labor and intellectual property, in an ongoing attempt to place them in the grand perspective of earth’s metabolism. Ultimately, he is merely the seismograph of his impulses.

Van Zoelen holds a MFA from Piet Zwart Institute in Rotterdam and a BFA from the Royal Academy of Art in The Hague. He was an artist-in-resident of De Ateliers in Amsterdam, Wiels – Contemporary Art Centre in Brussels, and Deltaworkers in New Orleans. Solo presentations include A Panoply of Grimoires at Gastatelier Leo XIII, Tilburg, and The Whale’s Ear, during Project Rotterdam at Museum Boijmans Van Beuningen, both in 2016, and Astroturfer at Galerie Fons Welters, Amsterdam in 2014.

Furthermore, Van Zoelen’s work has been presented at venues such as the Cobra Museum in Amstelveen (2014), De Appel in Amsterdam (2013), The Hunterian in Glasgow, Scotland (2012), and several group exhibitions at various galleries in The Netherlands and abroad. In 2016/17 he was an assistant to Nathaniel Mellors and Erkka Nissinen in the production of The Aalto Natives, which premiered at the 57th International Biennial of Venice, Italy.