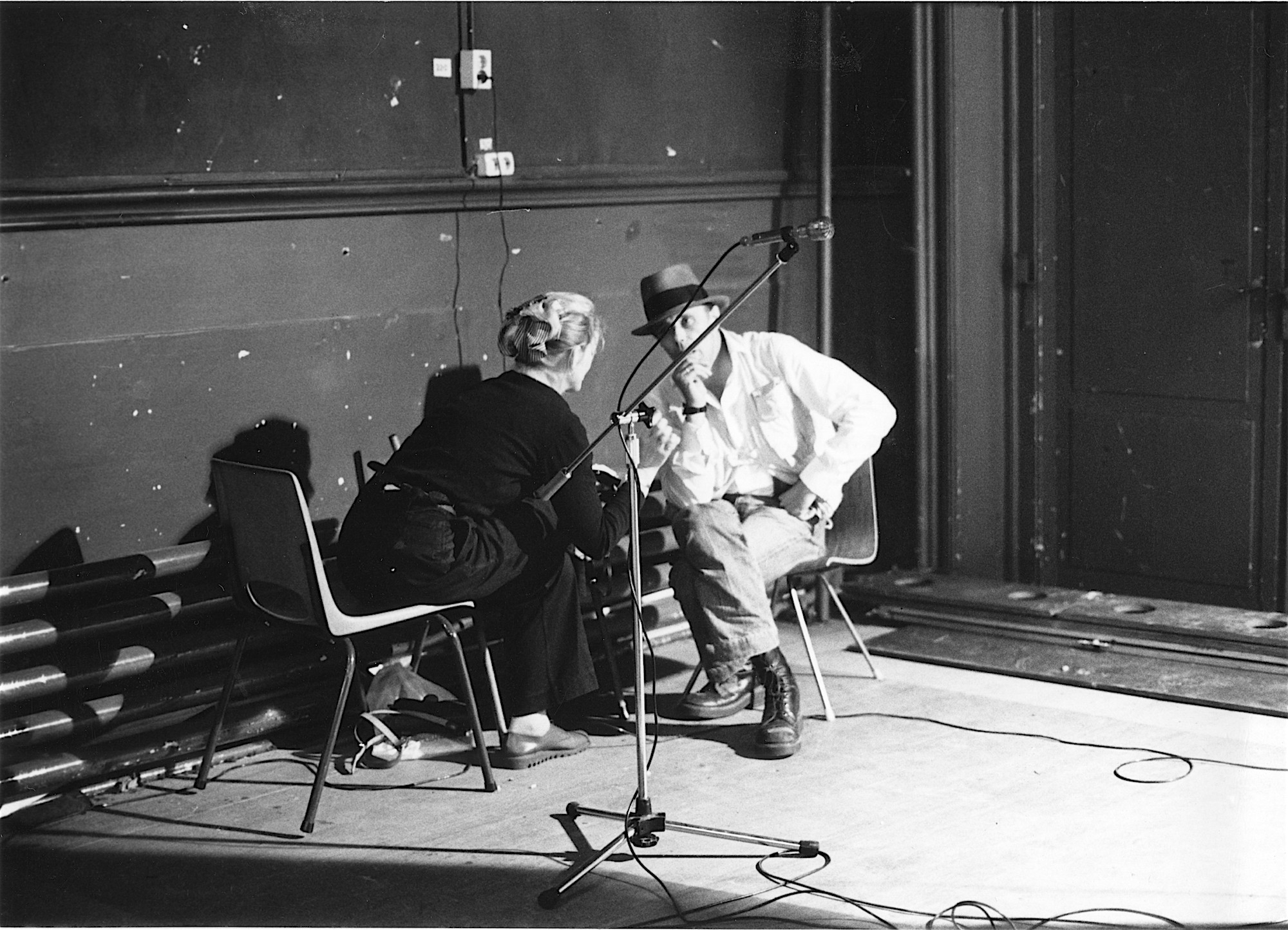 In light of 100DagenBeuys, Louwrien Wijers will lecture on the subject of Beuys and the old Friesland on Saturday 8 September. The lecture departs from a text from an edition of the magazine It Baeken (Fryske Akademie, 1958), which discusses the meeting in Leeuwarden of De Drie Frieslanden. Joseph Beuys, who was particularly interested in Friesland as “the oldest democracy in the world”, drew inspiration from the magazine. In particular ideas about the return to the old European legal form and the old way of direct democracy appealed to him, including the Frisian ‘eleven and thirtieth principle’, where firstly the eleven Frisian cities and the thirty ‘grietenijen’ (a forerunner of the municipality) had to be consulted prior to the implementation of envisioned changes.